The betrayals on Game of Thrones makes what Brutus did to Caesar look like child’s play. Thanks to Venngage, here’s a chart to keep tabs on all the back-stabbing. Click to enlarge! 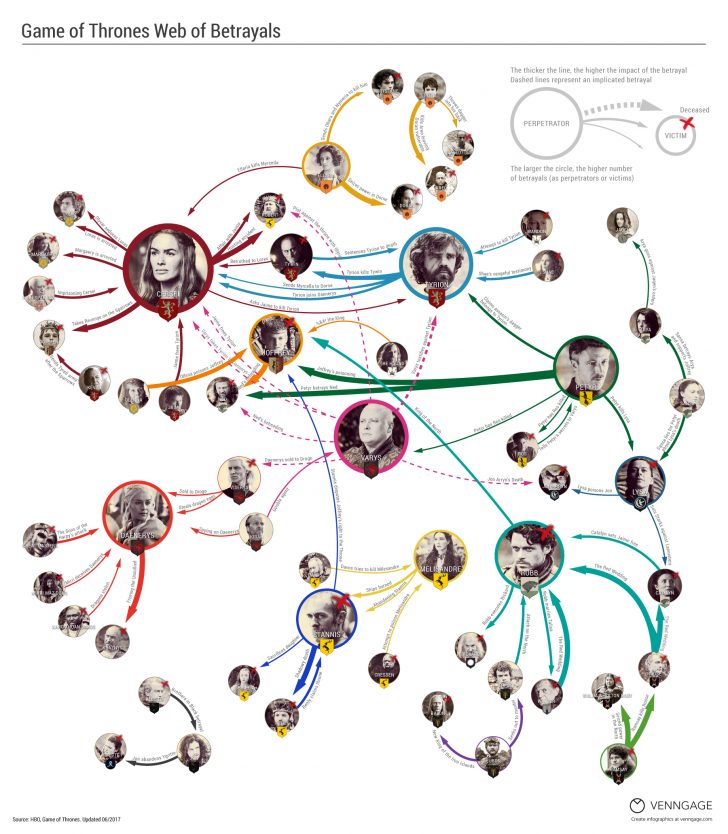 The Targaryen dynasty is arguably the most complex on Game of Thrones. Thanks to poly-m, there’s an easier was to navigate it. Click to enlarge! 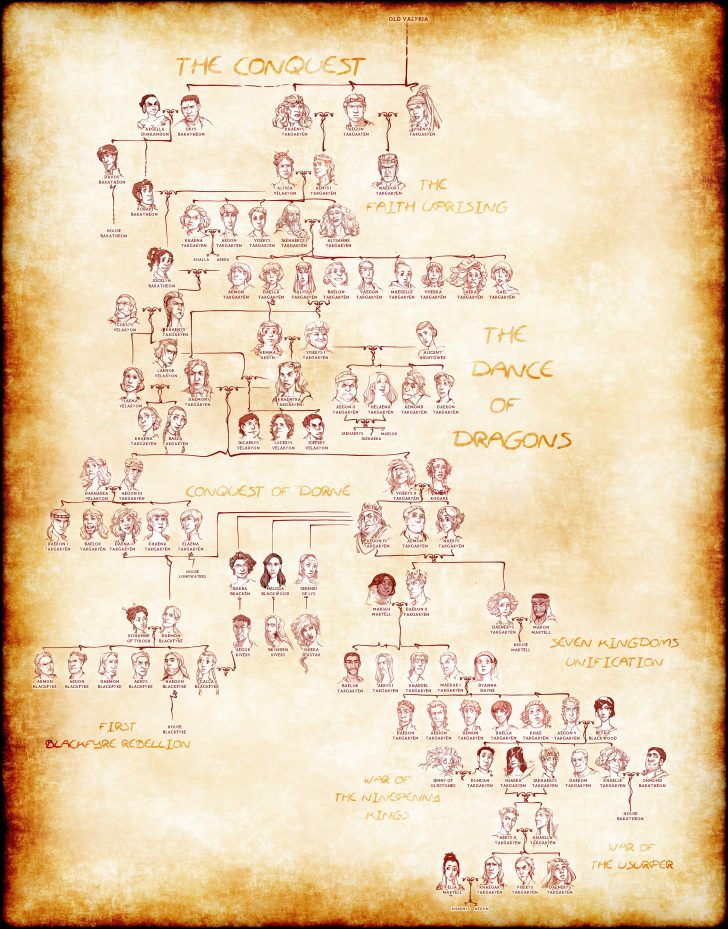 Cool graphic charting the timeline of science-fiction movies and games. Showing year in which they’re set and when released. Click to enlarge!

HalloweenCostumes.com has made an infographic on filming locations for Star Wars Episodes I-VII, both “real world” locations and studios. Click to enlarge.

Wonder Woman is ageless, but she’s certainly changed her look over the years! Take a look at the infographic below (click to enlarge), courtesy of HalloweenCostumes.

More great Star Wars reference info, this time from Space Facts, comparing the size of planets and moons – to each other and to planets in our solar system. Be sure to also check out the Star Wars Family Tree and the Star Wars Characters charts.

Compared to Earth, and other planets in out solar system: 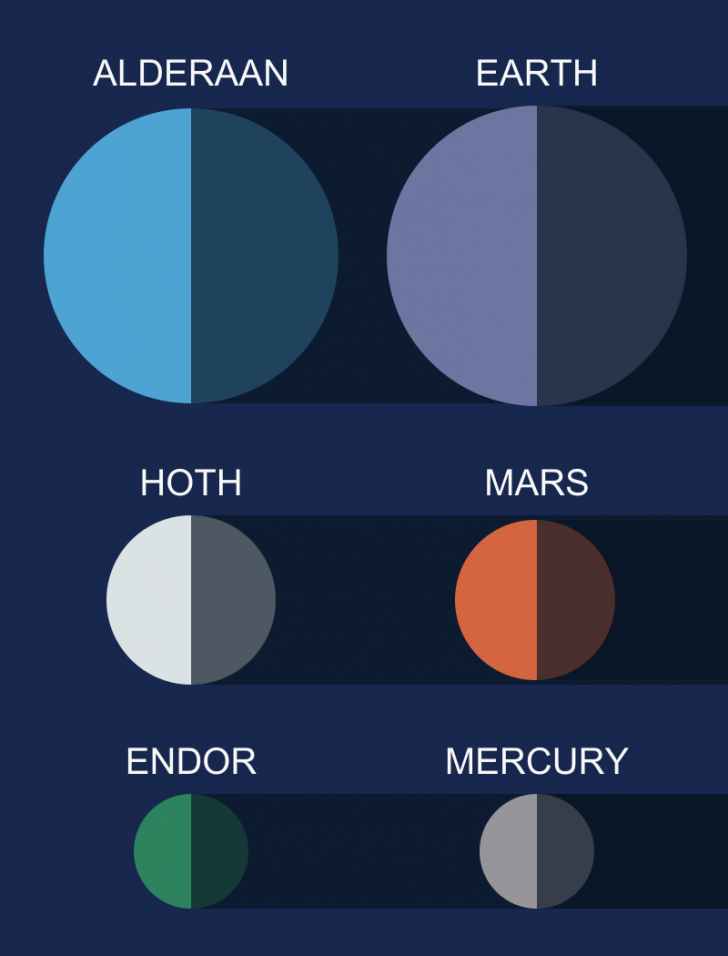 Cool info graphic laying out the next few thousand years, per sci-fi predictions. Click to enlarge. 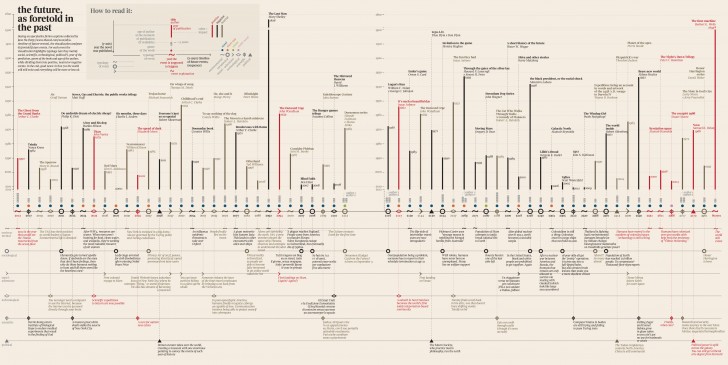 In honor of season 5, here’s a new chart showing Game of Thrones character relationships (including pets!), courtesy of empireonline.com. Click to enlarge. After checking it out, be sure to see the Game of Thrones Family Tree, here. 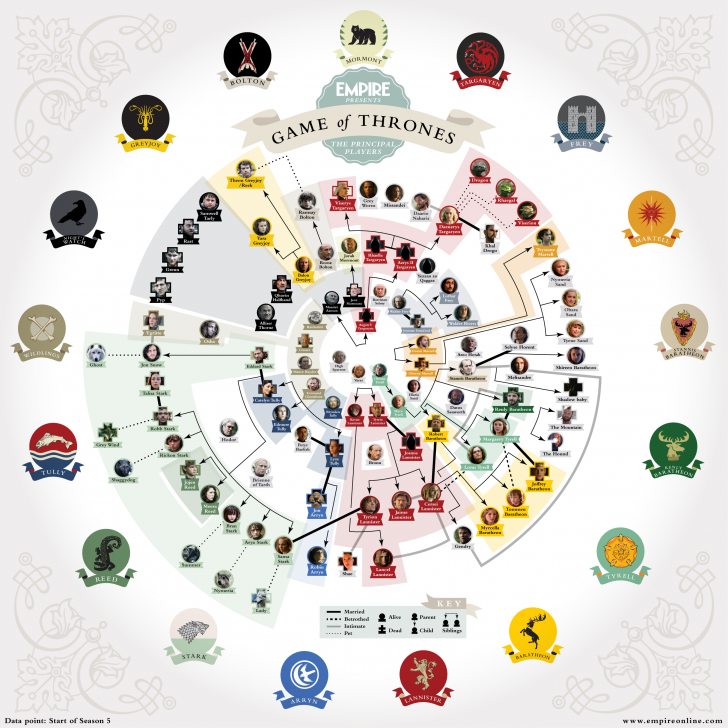 Year Movies Released vs. When Set

A cool chart by Randall Munroe at xkcd.com showing a graph of the relationship between when movies and TV shows were released and the era in which they are set. Click to enlarge. 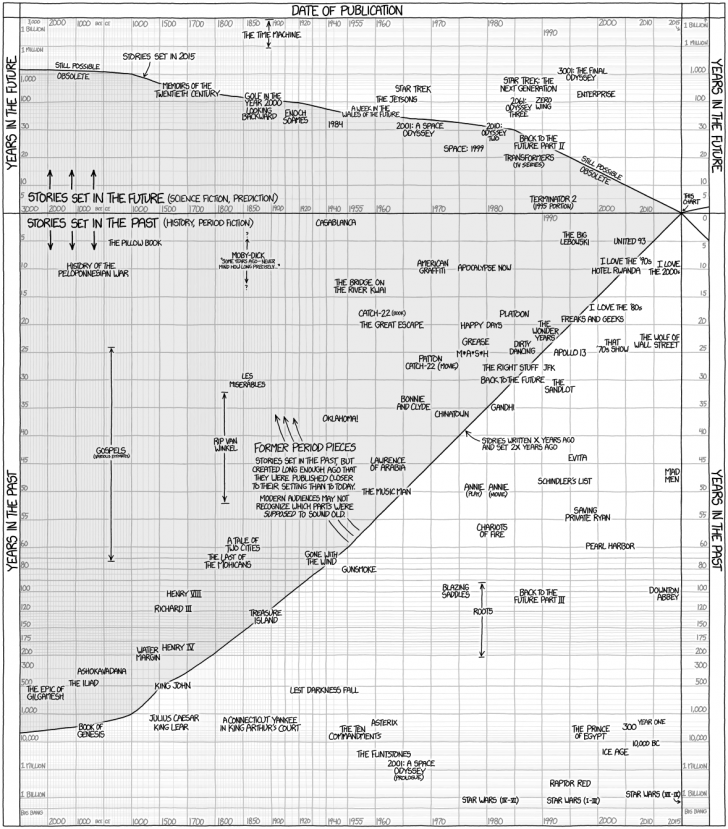 Robots have taken on many sizes and shapes in film throughout the years. Here’s a look at the evolution of those robots from the 1927 to present day. Click to enlarge.